I have learned one thing at Dartmouth College.

When I was a freshman in college, I used to consistently misspell the word "professor." I thought it had two Fs and one S.

Now I know how to spell.
Posted by AbbieBabble at 6:04 PM 2 comments:

Happy Evacuation Day to both of my readers. (Here in Cambridge, we don't celebrate St. Patrick's day. Instead we take the day off of work and drink copious amounts of green beer in honor of the British evacuating from Dorchester Harbor in 1776. It has nothing to do with St. Patrick's day. At all.)
Anyway, today, I don't want to evacuate anything. Instead, I want to come clean to both of you.
Last week, my dear reader, I discovered a rather unsavory tidbit about myself. A tidbit I wanted to hide. A blog is about honesty, though, and so I must be truthful in all of my internet-related endeavors.*
The truth is, my loyal readers, I am a juvenile delinquent.
"That couldn't be!" you must be thinking, "Abbie is a bastion of morality, with her love of children and happy sorority fun times! She can't be a delinquent! No sirree!"
Unfortunately, it's true. Vogue told me. 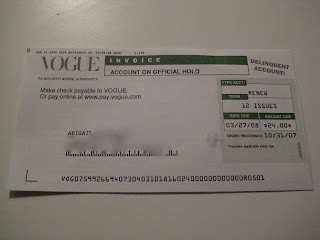 "But Abbie, what does that say?" Loyal reader, here is the gist of it: 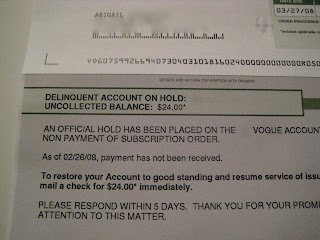 See, two years ago, in an effort to save some money, I decided to stop buying magazines at the newsstand and subscribe to them all instead. Problem was, I could never remember which ones I had subscribed to and which ones I hadn't, so I often ended up buying copies of every magazine I read. Usually on the very day that the magazine came in the mail. Needless to say, this was the most economical of all behaviors, and so this year, I decided not to renew my subscriptions. I figured Vogue, Harper's Bazaar, and the others would get the hint when I didn't send in a check.
But they didn't. Instead, the called me names.

*except when detagging ugly pictures from facebook. I firmly believe in letting facebook think that I am a beautiful rose all the time. And also that I never lose my balance at the same time that I coincidentally happen to be drunk. EVEN THOUGH THEY HVE NOTHING TO DO WITH EACH OTHER, MAXWELL LUSCIOUS.
Posted by AbbieBabble at 7:24 PM 4 comments:

Last Saturday I had a romantic date. My boyfriend took me out to dinner.

That's the end of the romantic date. After that, Manoli very patiently tried to coach me through Super Mario Galaxy for Wii while I patiently contemplated the fact that I was staying up until midnight so I could go with him to buy a video game.
What's video game, you ask? Well, apparently, Nintendo Wii is a big deal. And also apparently, Super Smash Brothers is a big deal. Such a big deal that when you combine the two of them, all of the nerds in the universe were forced to wait up until midnight so that they could purchase this game the instant it came out.
So, after our romantic date of Indian food, followed by our not-so-romantic date of Super Mario Galaxy (which I really enjoy saying. Especially with a Mario accent. I think I was deprived as a child, that we didn't have video games), we got into the car and went to Burlington to buy the game.
I think I was the only girl there.
It was incredibly anti-climactic.
For serious, it's just a video game.
Posted by AbbieBabble at 10:17 PM 4 comments:

I got home today, too hungry to go running, even though that was my plan.
So I ate some ice cream.
Then I wasn't hungry anymore, so I went running.
Then I made some coffee cake to bring into work because, that last one? Well, Berko and I were hungry. And so was my mom. It didn't make it out of the house.
Posted by AbbieBabble at 12:50 AM No comments: 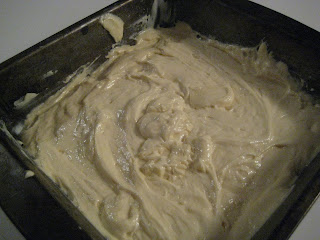 It's two in the morning, I can't sleep, and I just uploaded pictures of five different cooking projects onto my little white laptop. I've already spent three years looking at pictures of people I sort of know on facebook, I've looked at jobs on Idealist for long enough to be totally convinced that a) I have no idea what I want to be when I grow up, and b) even if I did, no one would hire me, my precious flower little self, anyway. The next logical step? Coffee cake. 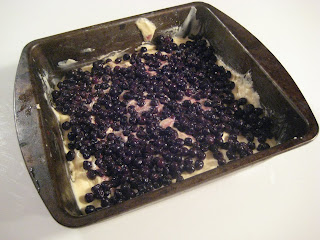 Now, it should be noted that coffee cake is my favorite food in the whole world, not counting chicken marsala, fettucine alfredo, green beans, and bacon. The many varieties of coffee cake served at Dartmouth College are singlehandedly responsible for me putting on seventy gajillion pounds my freshman year. That and the pizza and the fried food. But those are neither here nor there. Alls I'm trying to say is, when I saw the recipe for big crumb coffee cake on Smitten Kitchen, I knew I just had to make it. Really, I had no choice.
And whoo boy, am I glad I made it. My friend Lauren came down from Hanover for the night, and now, well, the cake? It's mostly gone. I'm bringing what remains to work tomorrow so I'm not tempted anymore. I might eat it all on the subway on the way in, though. It's a pretty dangerous situation. 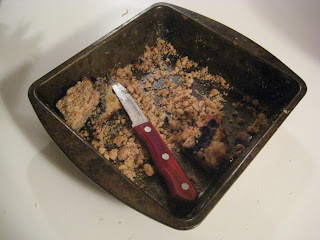 Since I am becoming a pretentious food blogger, though, I needed to make some changes. Minor minor ones, of course. I'm pretentious, but not pretentious enough to think that I should actually try to mess with a recipe plenty of people had already deemed amazing and delicious. But I knew that I needed to leave out the ground ginger, because I hate ginger. Always have, probably always will. And rhubarb? I am sure it is delicious, but what are the chances that I have rhubarb just floating around my house? Also, I like blueberries. A lot. In all there multiple forms. Except jam. I've never really been a fan of blueberry jam.
The most important change that I made to this recipe, though, was an ittle bitty of a substitution. I've made sour cream coffee cakes several times before, and I often end up using fat-free plain yogurt in the place of the sour cream, because in the virtuous Abbiebabble home, that's all we've got. I've found that it actually makes the cakes moister and less tough. I don't know why this is, that an amazingly delicious full-fat ingredient is not as perfect in baked goods as a kind of yucky, runny, watery, fat-free alternative, but I've decided to just accept it and keep going. Because if I try to think about it too much, it hurts my head a little. And that's never good.

"Big Crumb" Coffeecake
Adapted from Smitten Kitchen, who adapted it from The New York Times 6/6/07

1. Preheat oven to 325 degrees. Grease an 8-inch-square baking pan. Mix filling ingredients together in a bowl and set aside.

2. To make crumbs, in a large bowl, whisk together sugars, spices, salt and butter until smooth. Stir in flour with a spatula. It will look like a solid dough.

3. To prepare cake, in a small bowl, stir together the yogurt, egg, egg yolk and vanilla. Using an electric mixer, mix together flour, sugar, baking soda, baking powder and salt. Add butter and a spoonful of yogurt mixture and mix on medium speed until flour is moistened. Increase speed and beat for 30 seconds. Add remaining yogurt mixture in two batches, beating for 20 seconds after each addition, and scraping down the sides of bowl with a spatula. Scoop out about 1/2 cup batter and set aside.

4. Scrape remaining batter into prepared pan. Spoon blueberries over batter. Dollop set-aside batter over blueberries; it does not have to be even.

5. Using your fingers, break topping mixture into big crumbs, about 1/2 inch to 3/4 inch in size. They do not have to be uniform, but make sure most are around that size. I found that the crumb dough broke pretty easily into the appropriate-sized crumbs with just a little pressure from my thumb. Sprinkle over cake. Bake cake until a toothpick inserted into center comes out clean of batter (it might be moist from blueberries), 45 to 55 minutes. Cool completely before serving.
Posted by AbbieBabble at 2:11 AM 2 comments:

I just went for a run.
My second run in a week.
I am such an exercising speed demon.
Posted by AbbieBabble at 1:23 PM 1 comment: