Is this really true?
Is sex addiction even a real thing?
Celebrities are weird weird people.
Posted by AbbieBabble at 9:46 PM 3 comments:

Here is what I wrote two days ago:
Sometimes I think that moving across the country, breaking up with your boyfriend, and starting a new job are too many things to be doing all at the same time.
Most of the time, though, I think that those things are all okay, though certainly hard, and that the real trouble comes when you don't know where to live.
I've always suspected that I am not the couch-surfing type. I hate feeling like I'm imposing. I hate not knowing where I'll be in a week. I hate depending on my friends, and not knowing exactly how they feel about having me around. Melissa and Sinny are being amazing; both of them have welcomed me into their homes with open arms.

Here is how I feel now:
At least I have a place to live!
This is really great. My new roommate seems really nice, the apartment is really cute, and there's a grocery store only a block away.
Everything else is still kind of scary and overwhelming. How do you meet people in a new city? How do you make new friends?
At least I'm not homeless anymore, though.
Posted by AbbieBabble at 4:37 AM No comments:

I may be homeless, but at least I'm homeless for a reason

Note: I wrote this on the plane from Boston to San Francisco yesterday. Now I'm here, crashing on my amazing friend Sinny's couch, looking for a place to live. Good times all around.

By the time my sizeable* readership lays eyes on this blog post, I will have landed in San Francisco.
Can I just take a moment to realize that this is the first time I have opened Microsoft Word since I graduated from college, since I wrote that unfortunate paper on the mating habits of songbirds in the course of eighteen hours?
Anyway, I guess I’ve talked a little bit about moving to San Francisco here, but I’ve never really gone into why, exactly, I thought it would be a good idea to pack up and move halfway across the country, leaving my family, boyfriend, and all familiar territory behind.
Ooh! There was just a call for a doctor on board and there were THREE! Luckily, all that happened was a flight attendant got a minor puncture wound. I saw it because, even though I’m not a doctor, I was sitting near two of them. I love being in the middle of all the excitement.
But anyway, as scary as moving across the country can be, and trust me, not knowing where I’m going to live or who I’ll be friends with**, I don’t really feel like I have a choice. I need to do this, to prove to myself that I can. I spend a lot of my life thinking about child development, and what is and isn’t appropriate. Learning to take care of myself far away from anything I know feels like a developmentally appropriate step in becoming the grownup I’m supposed to be. I’m terrified, but I’m also really excited. San Francisco is going to be my practice city. It’s completely new to me, and I’m going to get to figure it out on my own.
Postscript: I had In n’ Out as soon as we landed, and DAMN, the fast food is good in California.

* The thesaurus also suggested as synonyms for “large” the following: titanic, elephantine, mountainous, and economy-sized. While my readership (of approximately ten people) might be huge, it is not quite economy-sized.
**To be fair, I DO have friends in San Francisco. Wonderful, amazing friends who are letting me stay with them while I find an apartment.
Posted by AbbieBabble at 10:54 AM 2 comments:

Just clarifying. I don't enjoy cooking enough to have a whole blog about it. Also, I kind of don't know anything about cooking. And also, I like the kitchen to be clean. Don't chefs have to be willing to cover their homes in flour or something?
Nonetheless, grilled peaches are delicious. 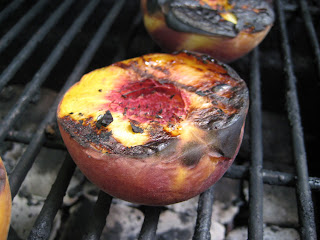 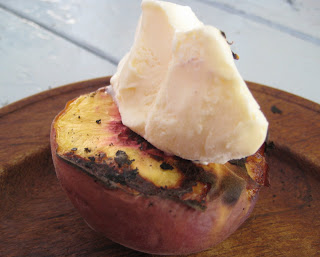 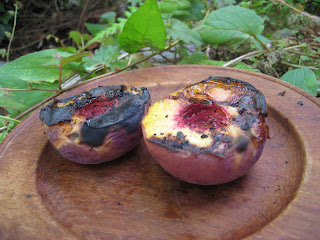 Actually, for that matter, I'm rather a fan of my backyard. 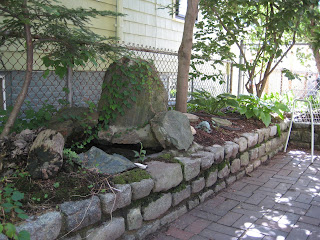 Would Blog, But Must Find Housing First

Do you know how hard it is to find a reasonably affordable place to live in San Francisco?
The answer is very difficult.
Especially when you're not in San Francisco currently.
Posted by AbbieBabble at 11:24 PM No comments: