The other day, I wanted to thank someone, so I baked some cookies. 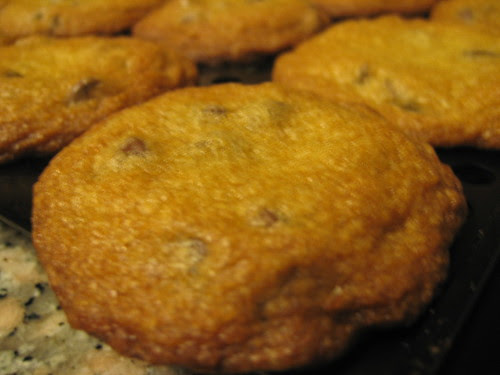 But then they were sitting there, so instead of giving all of them to my friend, I eated one. 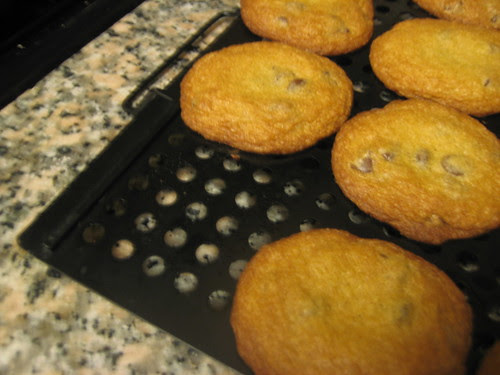 Yet another girl skill that I lack

I have been a girl for my whole entire life.
As such, I occasionally like to have pretty fingernails. Usually when such an urge hits, I get a mani pedi, but these days I'm on a budget, so I tried to do it myself.
I have not yet mastered the skill of painting one's own nails, though, even though most girls figure it out around the age of eleven.
I needed a lot of q-tips and nail polish remover. 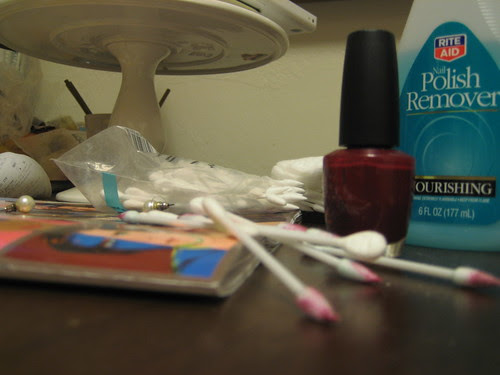 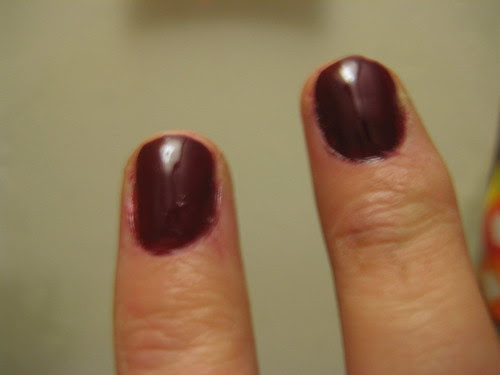 I wanted to show my loyal reader a picture of my toes, but they were just kind of gross. Poorly-applied red nail polish kind of looks like blood on your toes, and I wouldn't want to traumatize the whole internet.
Posted by AbbieBabble at 2:56 AM No comments:

Labels: fashion smashion, I am a girl

This weekend has been lovely. Today, I went to Half Moon Bay with Sinny and Gemma, and we walked along the beach and dipped our toesies in the water. It's really quite strange to live someplace this warm.
The fact that California is so warm ALSO means that the farmer's markets never shut down. THAT is just downright incomprehensible to me. The farmers are apparently able to keep growing things all year round. I just can't handle it; in New England, the ground is frozen right now. You'd need a pickaxe to dig in the soil, let alone plant in it. Here, however, there are no such problems. Which meant that yesterday, for a fun adventure, I was able to buy my vegetable from local farmers at the Ferry Plaza farmer's market.
While the very notion of the Ferry Plaza farmer's market, with its ridiculously overpriced produce and yuppy-cum-touristy clientele, kind of bothers me to my very core, I've also been meaning to go for a while, just because it is such a San Francisco institution, and I also kind of secretly love such pretentious things as an overpriced farmer's market. (Wow. I just reread that sentence, and boy oh boy was it long. Sorry 'bout that.) Anyway, I went, I met up with Sinny, we had lunch, I bought some veggies, I felt like I was doing my part for the environment. All was well. Until this evening, when I went to make a salad and discovered that the farmer's market also believes in giving people free pets with their produce: 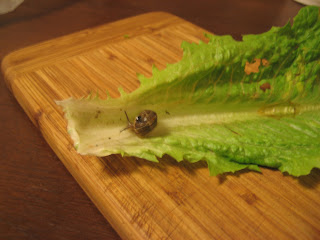 Posted by AbbieBabble at 1:36 AM 2 comments:

It's been a while.
I went home. It snowed.
I came back to California. It was in the 60s all week.
On Sunday, I walked to the beach. Then I took off my shoes and walked three miles up the beach, dipping my bare toesies in the pacific ocean.
Sometimes, I love living in California.
Posted by AbbieBabble at 11:37 PM No comments: