Watching the Democratic Debate while tipsy makes it difficult to decide who to vote for.
Posted by AbbieBabble at 9:48 PM No comments:

Labels: Note to self

Back at school, back at school.
This is mostly good, but while writing my resume and saying hello to everyone I haven't seen all summer, I have noticed two slightly worrisome things: First, I don't do anything interesting with my time and I may not ever get a worthwhile job OR get into grad school, and second, I don't know any male persons at Dartmouth.
I think I need to get a life. Living in the sororitee has had a definite negative effect on my life-having skills.
Oh, well.
Posted by AbbieBabble at 8:31 PM No comments:

I have a new favorite t.v. show

How come I haven't read about The Pickup Artist anywhere? How come I had to come upon it the hard way, while channel-surfing one night? WHY, internet, WHY?
From the host, Mystery, to their weird language ("negging," and "kino," and let's not forget how important it is to "bounce"), this show is a brilliant piece of television genius.
I love it.
Posted by AbbieBabble at 11:49 PM 2 comments:

The End of an Era 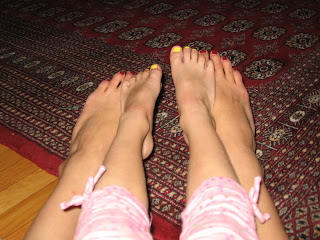 Wednesday was my last day with The Girl. It was sad.
See, I am going back to school soon, and then I will graduate. I don't think I'll be coming back to Boston after college, and even if I did, I would need to get a job with things like health insurance and the ability to look good on my resume so I can get into grad school.
So I'm not going to ever be her nanny again. While I'm pretty sure we'll stay in each other's lives, it's not the same. She is an amazing child, and she has changed my life in so many ways, and I will miss her.
Posted by AbbieBabble at 8:24 AM 1 comment:

Score One for Good Music

"Hey, The Girl, which do you like better, The Beatles or The Wiggles?"
"The Beatles!"

As bad as I feel for brainwashing her, at least I don't have to listen to the Wiggles anymore.
Posted by AbbieBabble at 4:30 PM No comments:

Eight Years Ago, I Went a Little Bit Crazy 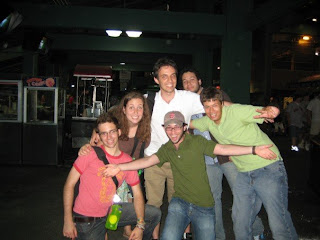 Eight years ago today, I started high school. (The date was always easy to remember because I started 9th grade on 9/9/99). Now, of course high school is significant for everyone, but my high school was special. As in, it was weird.
Before I had even visited the school, my parents used to joke that it would be a perfect fit for me, because Commonwealth was where the weird kids went. On the first day of eighth grade, I walked into the school to get an application, and I immediately knew that they were right. I needed to go there.
One of the things that made Commonwealth special was that it was hard. Really hard. And we liked to talk about it a lot. Which of course made it more stressful. But it was also tiny, and really nerdy, and yes, most of the students were, in fact, weird. (I was still the weirdest, though. By a fair amount.)
The best part about Commonwealth, however, was the people. At Commonwealth, you formed friendships that were different from the friendships my college friends have with their high school classmates. Most of my best friends (with the exception of friends from the Sororitee, and certain other places) are still the people I went to high school with. 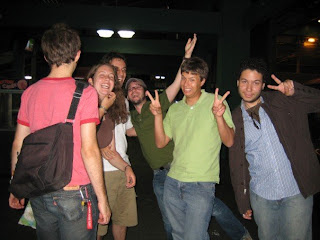 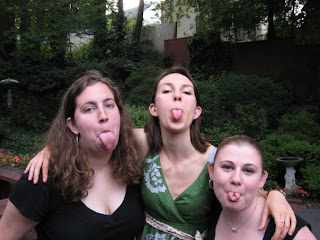 Posted by AbbieBabble at 8:44 PM 3 comments:

Oh, the Treasures to Be Found

I have undertaken a gargantuan task. I have decided to clean out my closet.
Now, it should be noted that I moved into this bedroom right after we renovated the house, when I was seven. So there is fifteen years worth of mostly-unsorted junk in there. This means I sometimes find some amazing items. Like these: 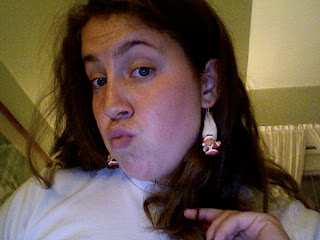 Let me tell you, in second grade, Santa Claus Troll-Doll earrings were the shit.
Posted by AbbieBabble at 11:47 PM 1 comment:

Hello, friends. Long time, no blog.
I am still feeling uninspired, but I thought I might stretch the old blogging muscles and write about a toilet.
As I said, a couple of weeks ago, The Girl and I went to the Boston Children's Museum. It was quite fun, and The Girl did an amazing job climbing in the beautiful new, three-story, climbing structure. (When I was little, the Children's Museum had a similar climbing structure, designed by the same architect, and my family called it The Cage for Wild Children. I was terrified of the thing and would refuse to go in it.)
The Girl's brave climbing performance, however, was not the most impressive part of our adventure. That prize would go to the toilets at the Children's Museum. 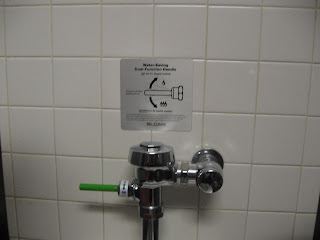 Why the green handle, you ask? What makes them so special? Well, luckily for you, I took a close-up (several actually, since I couldn't get a perfect picture) of the plaque explaining it all: 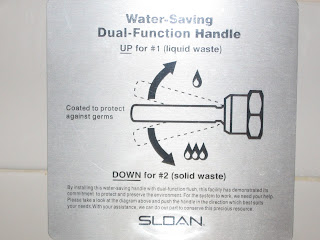 I like how they tell you to flush up for #1 and down for #2, and then explain what number one and two are. Why bother using numbers in the first place?
Also, The Girl asking, as we walked into the bathroom on a subsequent visit (these ten-hour days I've been working before school starts demand things like frequent trips to museums) if she would get to flush down instead of up this time? Priceless.
Posted by AbbieBabble at 4:43 AM 2 comments: